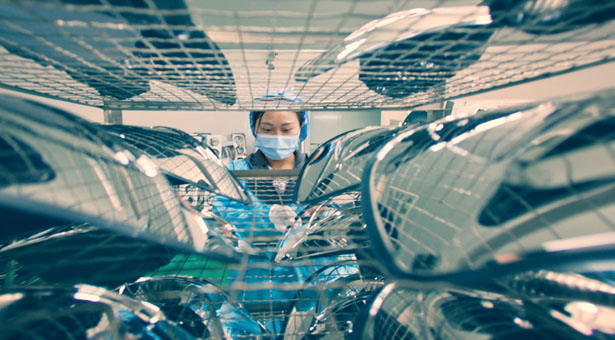 China’s car industry gives the impression of a badly tended garden, overgrown and sprawling. Instead of pruning, wayward car plants have received big doses of government support. As a result, China is home to the world’s most fragmented auto industry. According to LMC Automotive, Chinese and foreign auto makers now offer 94 car brands and 476 models in China, compared with less than 40 brands and about 370 models in the US, the world’s second largest market.

Many Chinese brands cling to a tiny share of the market. The top 10 foreign and Chinese manufacturers account for about 80% of the Chinese market, while more than 100 other companies compete in China for the remaining 20%, said Bill Russo, an analyst at Booz & Co.

With so many players, the central government has been forced to split its subsidies many ways, and companies have had more difficulty capturing consumer attention. That has made it difficult for national champions to arise. Both Beijing and industry analysts insist that industry consolidation is an essential part of building strong Chinese car brands.

But consolidation has been a long time coming. Any effort to slim down the industry has to take on profitable car companies and powerful local interests.

The industry’s basic design dates back to Deng Xiaoping, who jump-started China’s economy in the 1980s by encouraging a wave of decentralization. Shanghai, Changchun, Wuhan and other cities were encouraged to build car companies that supplied local cadres and state-owned companies – a system that persists today.

The original idea was to give state-owned enterprises the opportunity to transfer technology from these partnerships that they could use in creating their own brands. Ultimately, however, these JVs may have waylaid the creation of domestic brands. Analysts say that joint-venture products like the Volkswagen Santana and the Buick Sail were so successful and profitable in China’s rarified market that, for most of the 1990s, both Chinese car companies and local officials were happy to sit back and watch the money roll in, instead of working to improve the quality of domestic products.

“I think where the error has been is that the free money is probably making car companies fat, dumb and happy,” said one Beijing-based industry analyst.

Where to from here?

The central government has aimed to consolidate the industry into six or fewer companies since its inception, but progress has been slower than expected. Analysts say that situation is unlikely to change soon. There are two basic ways to consolidate the industry – bankruptcies and initiatives led by the central government – and neither seems likely to occur in the next few years.

The most efficient and organic way to slim down the industry would be through bankruptcies. But Jenny Gu, an analyst at J.D. Power and Associates, said she doesn’t expect many Chinese car makers to fold in the next two years, since most earned a lot of money from the sales boom of 2009 and 2010.

And while profitability is on the decline, overall industry profits remain higher than in developed markets, said Ivo Naumann, managing director at consultancy AlixPartners. “So far I don’t think the pain is high enough that you would see a massive consolidation process. It would take several years of profitability under pressure before really the consolidation process would take up speed.”

The industry could also be consolidated by government mandate. Beijing has forced through consolidations before, but they tend to be slow and painful. “The key obstacle here is the so-called provincial interest. When you set up a car plant in some city or province, it contributes a lot to local tax revenue and employment,” said Huaibin Lin, an analyst at IHS Automotive. Local governments have often made big investments in attracting these facilities, for example, offering generous tax breaks and discounted land, and they want to see them run their course.

“These investments take four or five years to plan and they last for 20-30 years,” Kevin Wale, managing director of GM China, said at an American Chamber of Commerce event in Shanghai in March. “It’s not unusual that once a city has welcomed you into their culture and their operations that they’re going to continue to try to support you, because [auto manufacturers] are a major source of revenue growth, and associated business and technical skills sets.”

The auto industry demonstrates how Beijing’s role is sometimes limited in a decentralized economy. “That decentralization of power at local levels runs totally contrary to strategy to building a powerful auto industry with strong brands,” said Michael Dunne, an independent auto analyst. “People have been asking me about consolidation since 1990, and it just hasn’t been going that way at all,” he said.