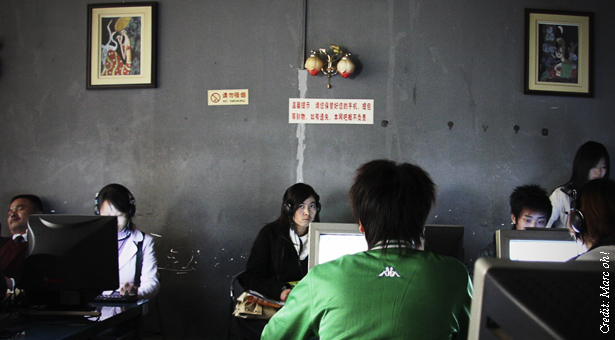 Usually the invective fired off in the halls of the US government doesn’t amount to much beyond attempts at political point scoring. But when it comes to Chinese hacking attacks on US government offices and companies, Congressional rhetoric may be reaching a critical mass.

A bipartisan coalition of legislators has promised to levy sanctions and visa restrictions against individuals, groups and countries affiliated with cyber attacks. They have also suggested strengthening the US government’s screening process for foreign acquisitions of American companies.

And last week, President Obama signed a funding law including a provision that authorities must vet all purchases of IT systems by federal agencies, including the Commerce and Justice departments and NASA, for “cyber-espionage or sabotage” risks. The provision asks authorities to consider whether the system was produced, manufactured or assembled by companies with links to the Chinese government.

Taken together, the cumulative effects could be damaging to Chinese companies. For example, the US government has already exercised its influence over foreign investments in Sprint Nextel’s acquisition of Japan’s Softbank to limit the perceived threat from China. The companies have already pledged to keep products made by Huawei – a company thought to be closely connected with the Chinese military – out of Sprint and its partners’ networks, according to US lawmakers.

Although the US government is striving to give the impression of a clear and directed initiative, it is paddling through uncharted waters. Beijing and Washington have worked hard to hash out a few rules for conflicts in areas such as currency valuation and intellectual property, but cybersecurity remains a very new and unresolved issue. As Tony Romm at Politico writes, “there’s a brewing and complex debate in Washington over what exactly to do about the attacks.” The White House and Congress are walking a precarious line between dissuading hacker attacks, preventing diplomatic fallout and preserving US trade.

Whichever direction it takes, the US is clearly in an awkward position. The government continues to deride Chinese hacking attacks, but the US military is also clearly engaged in offensive cyber tactics of its own. Although it is not ostensibly involved in commercial espionage, the US is perhaps the only government to have given “winking acknowledgement” that it has launched a military cyberattack, in the case of the Stuxnet attack on Iranian nuclear facilities.

Many in the US see publicizing these capabilities as a deterrent against future aggression. The Chinese, quite rightly, view this as a deeply hypocritical position (Beijing has categorically denied any involvement with hacking attacks). But with the world nowhere near to establishing and enforcing global ground rules on the use of cyberwarfare, it’s almost impossible for countries to wage this war without hypocrisy. So US politicians will merely try to drown this uncomfortable reality out with angry rhetoric.

Expect US businesses to seek the protection of the government, while trying to limit regulations that will require them to divulge sensitive information, writes Robert O’Brien of Context China. Expect Congress to politicize the issue to score points with constituents. And expect the executive branch to proceed with its agenda of executive orders and interagency actions, while engaging top Chinese politicians on the issue.

When it comes to the effects on trade, China is likely to be the bigger loser from the clash. It’s Economics 101 that both sides lose out in a trade war; US consumers will see prices for the goods they buy go up, and the Chinese will see demand go down. But as Michael Pettis points out in his recent book, demand is far scarcer than supply in the current weak global economy. US consumers may have to pay slightly more if the country wants to avoid products made by Lenovo, Huawei and ZTE, but the effects are likely to be much harder on Chinese companies.

Ultimately, however, erecting trade barriers is merely the best of a list of bad choices. Jon Lindsay, research fellow at the University of California Institute on Global Conflict and Cooperation (IGCC), sums up exactly how little the US and China can do to resolve this conflict: “We say we don’t like it. They say it isn’t happening. The band plays on.”