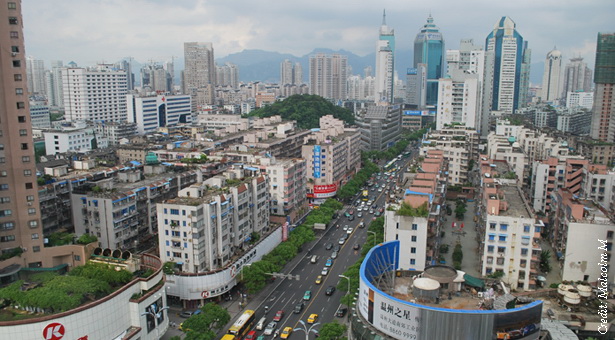 Wenzhou is running dry on enthusiasm for financial reform. Last March, the central government designated the coastal manufacturing center in Zhejiang province as ground zero for unprecedented experiments in private finance. However, the new policies, which aimed to channel funds to efficient small and medium enterprises (SME) and away from capital-guzzling state firms, are missing the necessary elements for change.

Wenzhou was the ideal environment to let market forces rule. The region is famed for its entrepreneurship, after birthing some of the first private industry in post-Mao China. The city of about 9 million is also smaller and more isolated than Shanghai or Guangzhou, making regulatory experiments easier to control.

The need for reform became clear during the past two years as the city gained an additional reputation – one for mounting defaults among private firms. Unable to get financing from state-owned bankers after the financial crisis, the city’s entrepreneurs turned to shadow bankers, a system of private lending with an estimated US$50 billion in outstanding loans. Some entrepreneurs who failed to pay back high interest rates have disappeared. A few even committed suicide.

The State Council issued much-needed reforms to this system in the form of 12 “guidelines,” which included initiatives such as developing a corporate bond market for small firms and creating an alert system for lending risk. The crux of the initiative can be boiled down into two overarching goals. The first is convincing state banks to lend into the SME sector. The second is coaxing small lenders out of the shadows and into a regulatory framework. Together, these measures would help remake the city’s interbank money market into a more robust and transparent channel for financing small firms. At the time, the reforms promised to be groundbreaking.

One year on, there is good reason to believe that Wenzhou’s reforms will fall short of these goals. Of the 100 or so informal lenders in the city, only three have made the transition into legal entities, China Daily reported, a sign that the reform is not encouraging private-sector participation.

Although the government has conceived a framework for what a healthy financial sector should look like, the regulatory conditions and expertise needed to push through with the reforms are still missing.  The 12 guidelines issued by the government are little more than that: guidelines. Beijing has not expounded on exactly how reforms should be carried through. “Even the central government doesn’t know how to progress on this,” says Oliver Rui, a professor of finance and accounting at China Europe International Business School in Shanghai. “All the 12 points are fine, but they don’t have very detailed plans in terms of implementation. Everything is new.”

One good example of a poorly conceived guideline is financing Wenzhou firms via corporate bonds. Creating a corporate bond market in Wenzhou would require a developed credit system to assess the value and risk associated with the bonds. China doesn’t have that. In fact, many laws and regulations that would govern a private financial sector don’t exist, and the local officials tasked with overseeing the experiment are stumbling on the lack of guidance.

On the ground, Wenzhou’s much-heralded reforms seem to be stuck in limbo. Without the needed expertise and legal infrastructure, the extent of the reform could be limited to handing out lending licenses to companies, Rui said.

The problems run deeper still. Small companies in China – not just in Wenzhou – are the long-standing losers in a fight for capital. State-owned banks channel the country’s abundant capital resources to state-owned firms, a loop that has enriched many within the government while leaving little room for private enterprise. The trend has been popularly dubbed “the state advances, the private sector retreats.”

One lever for control on capital is the central bank’s hold on interest rates. The People’s Bank of China does not allow interest rates to respond to market conditions and keeps lending rates low to guarantee state firms’ access to cheap loans. Given the higher level of risk associated with SMEs in China, banks are unwilling to lend to them at the artificially low interest rate.

An appropriate rate for smaller firms would fall somewhere between the central bank rate (about 6%) and those of the shadow sector (often more than 30%), Rui said. Without loosening controls on interest rates, entrepreneurs in Wenzhou will be paying the latter and the reform will remain largely incomplete.

There’s no reason to believe that Beijing will give up this control anytime soon. Bringing market forces to interest rates would take the wind out of SOE sails. It would also signify the beginning of the end for a dynasty of politicians that has used command economy principles to their own gains. Those who have thrived on the control of China’s abundant capital resources are sure to fight such deregulation to the bitter end.

“Entrenched government officials – I don’t think they like losing their power,” Rui said.