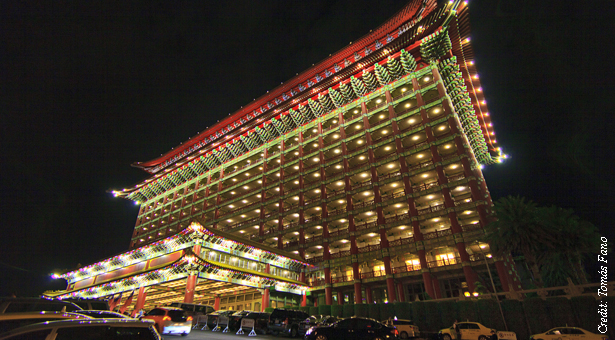 Blocking services pact with mainland too costly for Taiwan

When it comes to forging trade agreements with other countries, Taiwan’s diplomats have little to choose from. Trade officials can talk beet sugar with their counterparts in Swaziland, or plantains with their friends on the small Caribbean island of Saint Lucia.

In Europe, the island can only hope for duty-free imports of piety and heavenly goodness from the Vatican, its only official diplomatic relation on the continent.

For decades, Beijing has whittled away at Taiwan’s diplomatic relations, greatly restricting the island’s ability to strike trade agreements with other countries. But a deal signed last month between the mainland and Taiwan has the potential to change this and boost the island’s economy.

The pact would open 80 areas such as transportation, medicine and finance in the mainland’s service sector to majority ownership from Taiwan investors. Likewise, mainland businesspeople would have access to 64 services areas on the island under the same ownership conditions.

Mainland investors have shown they are eager to put their money into Taiwan if the conditions are right. Cross-strait trade grew 5.6% last year to US$169 billion. But most of Taiwan’s investment in the mainland has been in areas such as manufacturing, where Taiwan ownership has long been allowed. Going in the other direction, Chinese investment in Taiwan has faced far more restrictions.

The new pact was a breakthrough, and is a potential antidote for Taiwan businesses facing poor service sector conditions at home. The agreement promised to clear up much of the regulatory hassle associated with investing in the island and could enliven many service areas with both capital and expertise from the mainland.

However, the agreement is stumbling in Taiwan’s dichotomous political realm.

The Democratic Progressive Party, which favors Taiwan’s independence from the mainland, has successfully called for a legislative review of the latest agreement on worries that competition from across the strait would cripple local industries. Some reports have indicated the review could happen in September.

The incumbent Nationalist Party has worked to pull the two sides of the strait closer economically via a string of pacts, the first of which being the Economic Cooperation Framework Agreement that was inked in 2010.

The opposition is justified in its fear of mainland business crowding out the island’s. But there is much to lose if the pact is rejected.

Taiwan is a loner in the world of diplomatic and trade relations. The vast majority of the globe has opted for good relations with Beijing, which means breaking off official relations with the island. This has left Taiwan with just 23 formal diplomatic connections across the globe, the majority of which are small Caribbean or Oceanian islands or impoverished African nations. Trade agreements are hard to come by.

Given these constraints, it’s no wonder that the electronics manufacturing hub’s economic outlook remains somewhat bleak. Weak global demand lowered the island’s GDP growth to 1.3% last year, and 2013 growth doesn’t look much better, projected at about 1.5%.

Taiwan made headway just this month in expanding its global reach. The island signed a free trade agreement with New Zealand in early July – the first with a country that recognizes mainland China diplomatically and not Taiwan. As The Economist noted, the deal likely didn’t raise the hackles of the mainland because of the stronger ties forged in the June services agreement.

However, if Taiwan’s opposition succeeds in holding back the agreement when it comes up for review, Beijing could retaliate by making sure no more of its formal diplomatic partners strike a deal with the island. The agreement with New Zealand could be rendered a one-time occurrence.

The mainland could also continue buying off the last of the countries that are politically friendly with Taiwan. Costa Rica was the most recent to cave. In 2007, the Central American country launched diplomatic relations with the mainland, forgoing its formal contact with Taiwan.

Now, Costa Rica is basking in cheap loans from Beijing. The likes of Burkina Faso and Belize, two poor nations that have gritted their teeth and upheld recognition of Taiwan, have undoubtedly taken note.