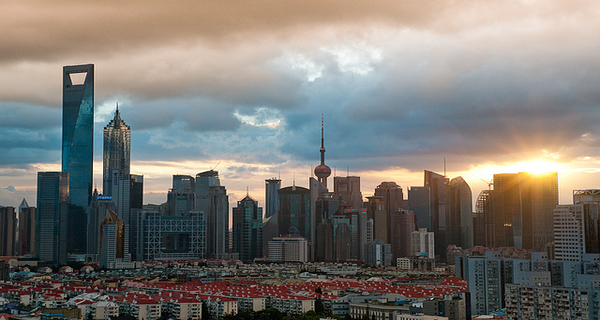 He is not sure when it will come, or exactly what form it will take when it does, but Dinny McMahon believes that a reckoning is coming for the Chinese economy.

In his new book China’s Great Wall of Debt, which looks like it will become one of the must-read China books of the year, McMahon argues that over the past decade China has become increasingly dependent on a debt-fuelled growth model that is simply unsustainable.

According to the MacroPolo fellow and former Wall Street Journal correspondent, borrowing at a vast scale has allowed the Chinese economy to continue growing fast in the years since the 2008 global financial crisis, but has also increased the risk of a painful correction or a prolonged slowdown akin to that experienced by Japan during the 1990s.

In this interview with China Economic Review, McMahon explains how China reached this point, what Xi Jinping’s government is doing to deleverage the economy, and whether we should be worried about a hard landing for the Chinese economy.

CER: To start off, could you explain how large China’s debt burden is, and how much of a threat it poses to the economy?

McMahon: The most important measure is the size of the debt relative to the size of the economy. As with many issues relating to China’s economy, it can be quite difficult to say exactly how large China’s debt burden is due of the nature of the financial system’s transformation over the last 10 years: it really depends on who you’re talking to. However, if we go by what the Bank of International Settlements says, China’s debt pile relative to the economy is broadly in line with that of the US, probably a little bit bigger. But the issue isn’t really the size of the debt; it’s the pace at which it has been accumulated, starting back from the financial crisis of 2008.

In terms of the threat, the key point is that other economies that have accumulated this level of debt in the past have invariably faced a financial crisis. To give a very short list: the sub-prime crisis in the U.S; Spain prior to the Eurozone crisis; Thailand prior to the Asian financial crisis; Japan prior to the Lost Decade. So the issue is, regardless of whether it experiences a crisis or not, China has reached a point where continued borrowing of this nature runs the risk of destabilising the financial system and the economy.

China doesn’t, therefore, only face the question of reining in the level of debt, but also changing how the economy works, since in China’s case the two things are intrinsically linked.

CER: What are the major sources of debt right now in China?

M: There are three main areas. The first is local governments using debt for “public works,” by which I mean both infrastructure—projects considered to have a generally positive contribution to the economy such as train networks and airports—but also less useful things like ornamental lakes, tourist attractions, or government offices that have more rooms than officials to put into them.

The second area is housing, which is pretty straightforward.

And the third is state-owned enterprises (SOEs) borrowing to build factories, which resulted in massive overcapacity in a couple dozen industries, such as steel, aluminium, cement, ship-building, paper, solar panels and wind turbines, etc.

CER: As you mention in the book, some of the infrastructure being constructed may produce a return in the long term, but other projects are unlikely to pay off in any way. Could you break down how much of the fixed-asset investment falls into each category?

M: It’s difficult to draw the line. I remember when China was building its first high-speed rail network, and there was a lot of scepticism at the time. Many saw it as something of a white elephant, but over time it became not just the crown jewel of China’s transportation system, but also looked on with great envy around the world. China has also been aggressively building airports: there are a number of airports around the country which are loss-making, only having a couple of flights arriving every week. But the potential for an airport to turn around a local economy is huge.

Then there are the things that are just wasteful. Now, we have to keep a couple of things in mind. Firstly, we must consider the quality of what’s being built. The quality of some housing and some of the “public works” are not designed to exactly last the ages, and so if you’re not getting the value out of this infrastructure now, it’s difficult to say that it will pay off in, say, ten years’ time, as arguably its value will degenerate.

The second thing is that, regardless of whether people use the projects to start with, someone, whether it be local governments or someone else, is going to have to pay it off. So, during those first few years before a project starts generating economic benefits, there is a whole period up until then where it is a financial burden on local governments and by extension on the wider financial system.

Even if local governments are optimistic that these projects are going to pay off eventually, in the meantime they are left in a situation where their tax base is insufficient. Maybe they have to sell more land, or lean on the China Development Bank to buy more bonds. So, there is a lot of financial stress in the medium and short term.

CER: Of all the sources of debt, which do you think are the most concerning?

M: I don’t think any of them exist in isolation. Housing, public works and overcapacity are all intrinsically linked. If you look back at the forces that have brought us to this point, it all really started in the 90’s when the government deregulated the housing market, giving people the chance to buy their own house. This created a lot of demand for land, which local governments could sell to developers in order to raise money for infrastructure. More housing and infrastructure being built creates demand for industrial goods.

China really didn’t have significant heavy industry as we understand it until the start of this century. Commodities like steel, aluminium, cement all took off to supply housing construction and infrastructure. All these problems coexist together.

CER: The Chinese government has introduced a number of policies to deal with the debt problem over the past 12 months, but you point out in the book that Beijing has tried unsuccessfully to do this several times before. Do you think this time will be different?

M: That’s the key question. I do think it is different this time round. The single most important reforms taking place are not taking on the zombie firms or the shadow banking system. In fact, they’re not even economic; they’re political.

My point throughout the book is that top-down reform has been prevented until now because governments at every level have enjoyed such discretion and authority to either outright ignore the reforms, or otherwise just implement the letter of the law while flouting the spirit.

So, for me, the more important reforms are Xi Jinping’s efforts to assert greater control over the government apparatus to prevent such behaviour occurring in the future. To start with, he’s reminding people of the responsibilities that come with being a party member. I remember a few years ago, when I was a journalist in Beijing, there was certainly a sense among students that the Party was a good destination post-graduation, but the reason you joined was for networking and your CV: there was little to do with ideology. But I think with Xi, things have changed a lot.

In addition, he’s making sure there is less ambiguity between the role of the party and the government, placing more authority explicitly in the hands of the party. And, of course, there’s also Xi himself, now in a position to lead indefinitely. All this says to me that he is trying to restructure the government in a way that vested interests and lower levels of authority are no longer in a position to selectively implement reform.

CER: Beijing’s strategy appears to be to find as many new growth-drivers as possible, while slowly bringing in financial reforms. Do you think this approach will be effective? Or are quicker reforms needed?

M: If they can pull it off, it’s the best of all worlds. To keep the economy growing fast is the best way to minimise the pain that will inevitably come from cleaning up the system. The question is, then, how do you maintain that growth? That’s where things get a big hairy. The government is being very explicit with what these growth drivers of tomorrow will be, namely, force-marching the economy into more technologically advanced industries, whether it be robotics or semiconductors, etc.

China is basically looking at what characterises rich, developed countries and saying, “Well, that’s what we have to be.” However, the way it goes about getting there, through government subsidies and protecting domestic industries, is being tolerated less and less by the rest of the world, as we are seeing in the US.

CER: You say in the introduction that a ‘reckoning’ is coming for China. Do you have a greater sense now of what kind of reckoning this will be, and when it’s going to come?

M: I don’t necessarily see a financial crisis or outright recession, but I think China is currently facing a perfect storm of economic pressures. It has to clean up this huge pile of debt while making fundamental changes to its economy, and on top of that there is the demographic problem of a rapidly aging population. Taking all these things together, it seems that it’s going to take more than just clever policy from Beijing to fix.