Home Markets On the waterfront 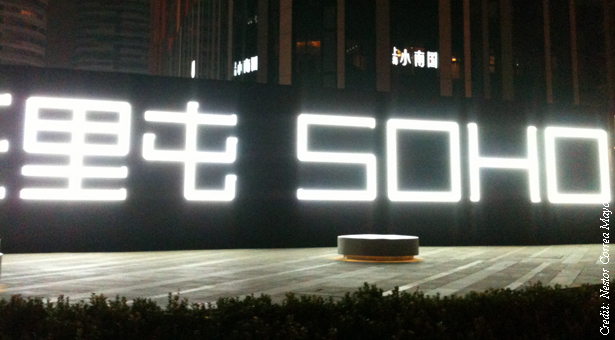 So much for Soho China’s (0410.HKG) Bund view. A Shanghai court invalidated the property development firm’s purchase of a 50% stake in a prime site along the Huangpu river just south of Shanghai’s historic bund. The other 50% owner, Fosun International (0656.HKG), claims that the sale to Soho circumvented its right to buy the property first, and the two have tangled since late 2011. Investors eyeing Soho needn’t worry about the bottom line if the company does ultimately lose out on the property (it’s appealing the decision), as analyst Carol Wu at DBS Vickers in Hong Kong says any development on the site wouldn’t have turned a profit until after 2015. But the company is in the midst of shifting from flipping properties to a strategy of holding and managing properties, so the net asset value is the important figure to watch, Wu said. If Soho does lose its claim to the property, its net asset value will decline 8%, dragging down its stock price a similar amount. “What investors really care about is not whether they can get the bund project or not, it’s more like whether they could successfully change their business model,” Wu said. “Because if they can’t get the land, they’ve got the money back and they can still buy other land.” Prime locations in first-tier cities are ever harder to come by though. DBS itself has a hold rating on the company, which seems to be prudent advice for long-term investors given the current uncertainty.

Low on the food chain

China looks like a menacing crow to Caterpillar (CAT.NYSE) as the company inches its way back into the mainland. The construction equipment maker is expected to cut its profit and revenue forecast for 2013 when it reports earnings on Monday. Retail sales fell 11% in the first quarter compared to the year before. Caterpillar looked more like an inchworm in January when it wrote down it’s acquisition of a Chinese equipment maker by US$580 million, after the Chinese firm had allegedly greatly exaggerated its assets. March looked more promising. Last month, the company said it was encouraged by sales at the dealer level in China, said Vik Chopra, an analyst at Sun Hung Kai Financial in Hong Kong. It appeared Caterpillar was making progress in reducing inventory on the mainland. However, pushing tractors and other equipment off to nearby countries accounted for some of that reduction, Chopra said. “I actually think they moved a lot of inventory overseas to other South East Asian countries,” he said. “It’s more inventory-cycle management as opposed to full-fledged demand coming back.” The China market is important to Caterpillar, but it’s not everything. Still, investors shouldn’t expect much from the company’s report on Monday. In fact, they should expect much less.

As if metals and mining companies weren’t already fully beholden to the fate of China, mainland regulators will require iron ore importers to trade more than half a million tons of the raw material on a recently established domestic platform if they want to obtain a license. This would seemingly be a major shift for the world’s largest iron importer as it hesitantly accepted the global change to spot pricing in 2010. But in reality, there is “zero impact as there’s an exemption for existing license holders,” CLSA analyst Ian Roper wrote in an emailed response. Therefore, restrictions won’t be any greater than they are at present, he said. Foreign traders merely sell to domestic steel mills prior to arrival, so the steel mills – presumably already licensed – are the official importers. So investors needn’t worry about the impact on their metal stocks. As for flagging Chinese demand for iron ore and dipping prices, if you’re not already worried, you haven’t been paying attention.

Finally, an IPO with some legs, although maybe not for the right reasons. Tong Ren Tang Technologies (1666.HKG) plans to spin off its overseas distribution business as TRT Chinese Medicine (8138.HKG). Normally, an issue that will only raise up to US$78.3 million (HK$608 million) wouldn’t be of much interest, but the company makes Banlangen, the traditional Chinese medicine that some mainland officials suggest could combat bird flu. Even if investors are rightfully skeptical of the Banlangen’s efficacy, no doubt Chinese are rushing out to buy it. If the bird flu scare continues until the May 7 float, it will no doubt be good news for the company. But this stock seems more based on hypochondria than actual fundamentals and seems speculative at best.