Home Business Practice Day 1 of the National People’s Congress: here’s what you need to know 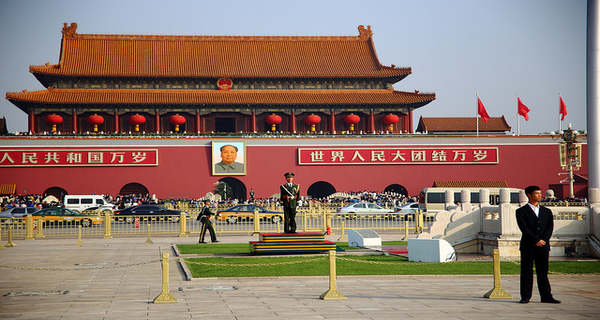 Day 1 of the National People’s Congress: here’s what you need to know

The annual meeting of the National People’s Congress kicked off yesterday in Beijing, with over 5,000 delegates from fields such as business, science, and politics convening to discuss the nation’s direction for the coming year.

The highlight of yesterday’s opening day was Premier Li Keqiang’s customary address to the legislature, in which he outlined several key economic targets of 2018. Here’s a breakdown of standout points from his speech:

GDP growth target set at 6.5%, the same as 2017’s target, but 0.4% down from China’s officially recorded growth for last year. The announcement differed from previous years in its omission of the “if not higher” sentiment, which has given rapid GDP growth a strong emphasis in China’s economic policy. The question for this year, then, is whether this was a deliberate dampening of aggressive growth in favour of Xi Jinping’s requested ‘higher-quality’ growth, or instead a recognition of an economy approaching its capacity. Analysts at Capital Economics agree with the latter, saying “a higher target was never on the cards and the 2018 target is simply a repeat of that for 2017”. By this, a 6.5% target could still be considered a sign that rapid growth is a priority.

Inflation target set at 3%, and urban unemployment at 5.5%.

Corporate & income tax cuts of RMB 800 billion, or about 1% of GDP. For businesses, VAT for manufacturing and transport sectors will be cut, small businesses will fall into lower tax brackets, with preferential tax treatment for new businesses and start-ups across the country. Larger businesses will also be eligible for higher tax deductions on new equipment purchases, with the eventual goal of stimulating investment. For individuals, households earning less than RMB 3500 per month will be exempt from income tax, and plans were announced to redevelop rural and low-income areas.

A stronger focus on social welfare replaces the usual emphasis on economic growth in Li’s address, according to analysts at Mizuho, “In addition to tax relief for companies and renewed plans to renovate shanty towns, proposed tax relief for individuals for the first time in years should help sustain growth in private consumption”.

Government borrowing lowered to 2.6% of GDP, from 3% in 2017. This is the first such reduction since 2012, bringing the absolute amount of fiscal deficit to about RMB 2.4 trillion, close to 2015 levels. This goal, at first glance, seems at odds with lower tax rates and more social expenditure. Martin Petch, Vice President at Sovereign Risk Group of Moody’s Investors Service, says he expects “overall public sector spending will continue to rise at least in line and probably faster than GDP, consistent with the policy goals around innovation, poverty, environment and rural developments.” A lower debt commitment is clearly inline with China’s overall deleveraging drive. ANZ Research describe the reduction as a “signal the central government want local governments to restrain their spending.”